The Battle of Crete 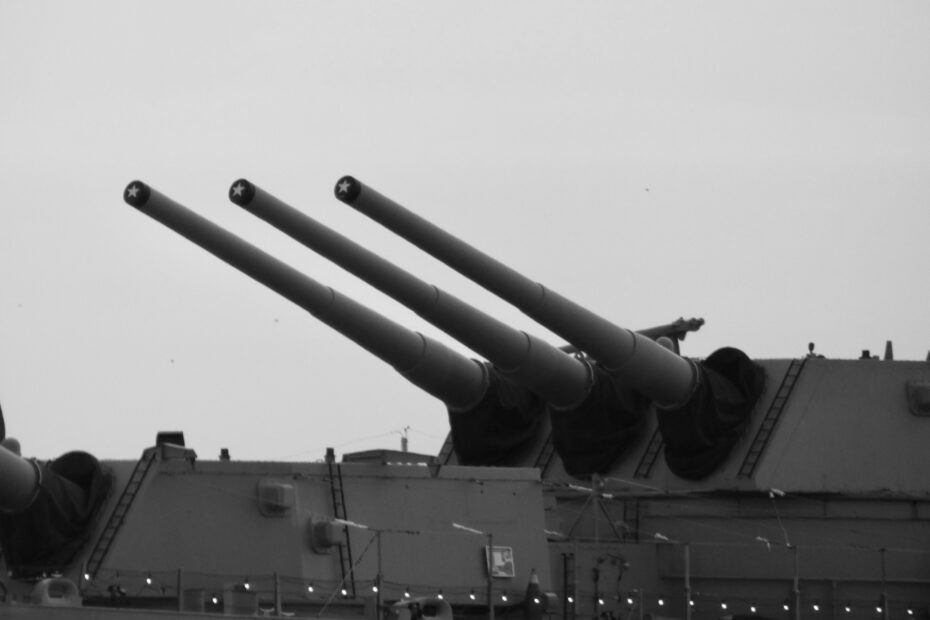 The painting, which recorded one of the many unbridled actions that took place in the Mediterranean during World War 2, shows the Royal Navy suffering the full brunt of the German Luftwaffe and Italian Regia Aeronautica; the particular incident recorded in the painting happened in the Battle of Crete.  The painting was eventually commissioned by Clive Sharplin and Wendy White, both of whom were Sharplin’s children.

The incident depicted in the painting happened in May 1941 during the Crete campaign. It all started after the German army captured Greece in April of that year, forcing the Royal Navy ships, including Ajax, to evacuate around 30,000 troops who were mostly ANZAC with some Greek and British troops. They were evacuated to the island of Crete.

However, when they got to Crete, they were faced with Nazi propaganda as the Allied Forces were an aid to have arrived at the Isle of Doom. To a large extent, this turned out to be true in the end. The naval ships, including Ajax, were forced to defend the allied troops that just got the island. Within a month of reaching the island, the Germans took control of it again, thereby forcing many of those who could not escape to end up as captured and have to spend four good years suffering as prisoners of War.

In depicting the incident, Historical accuracy was essential, and this showed best in ensuring that was how the ship looked during the attack. The research into this took quite some years, which allowed us to know the changes to the ship from its original position to what it has become at that time.

It was discovered that the silhouette of the ship had changed after the River Plate battle. This was necessary because of the damages to the ship from the War. It was in the Chatham Naval Dockyard from February to July of that year. In March, Sharplin too joined the ships. The changes to the ship included the installation of Type 279 aircraft warning radar and Tripod masts. The four 4” gun mountings were also changed to twin mountings instead of the single mounting that was there before. Zarebas enclosures were fitted to the mountains.  More changes would be made later on as the catapult, and reconnaissance aircraft of the ship were removed. Eleven Oerlikon guns and A quad two-pounder Pom-Pom gun were added, and the ship was also fitted with Types 285, 284 and 282, radar. The ship also used several camouflage patterns throughout the War.

The major challenge was identifying the changes that were made to the ship from 1940 refit to the date of that action on May 21 1941. It was also necessary to identify the aircraft that bombed her.  With all the information gathered being as accurate as possible, the next step was to use the historical data to draw the painting.

At this point in the War, the Royal Navy’s warships were very vulnerable to war attacks. This was because of the Admiralty’s mistaken belief that the ships are well equipped to combat air attacks when it comes to their armament. This was soon proven wrong, and once apparent, the Germans exploited this to the fullest. Air attacks were very frequent, and the fact that these naval ships did not even have anti-aircraft guns worsened the situation.

The air attacks around Crete were very ruthless, and they used so many aircraft and attacked on such a regular basis that it became overwhelming for the naval forces. The British ships put up a fight, although an ineffective one. They used so many munitions leading to a restriction on the defensive firepower.  The worst part was that all their ammunition was wasted since they could not get the air bombers due to poor elevation. One cruiser during this period finished all its ammunition and had to start firing practise and signal shells.

It was the absence of defensive capabilities and the fact that the airforce was almost nonexistent that led to the ships and seamen in the Battle for Crete bearing the full brunt of the German attack.

The action recorded in the painting actually happened on the morning of May 21 and lasted only a few minutes. But those were horrible few minutes. On May 20, the German air force launched “Operation Merkur”, which was the invasion of Crete.  A day before, the Commander-in-Chief of Mediterranean Fleet, Admiral A.B. Cunningham, had ordered night sweeps which would counter any seaborne invasion. By morning, Ajax, commanded by Captain E. D. B. McCarthy, was part of the Force D Squadron, which also included two other cruisers Orion and Dido, and four destroyers Janus, Hasty, Hereward, and Kimberley. They swept the Canea, Kissamo, and Maleme Bay areas looking for enemy ships and finding nothing and were now headed back to join other ships in the fleet to defend the island.

Around 0800 of that morning, the ship logs recorded favourable weather conditions, but by 0825, the situation report has changed to report that orders are being given to repel the imminent attack. By 0915, Ajax log reports that ten Ju 87 dive bombers have attacked the ship with port shaft damage and near misses. It is this moment when ten dive bombers attacked the ship that the painting sought to capture. While the whole attack only lasted for 7 minutes, it must have felt like an eternity for the crew. That wasn’t the only attack on the Ajax that day. At 1050, two Stukas attacked and later in the afternoon, there was another attack that lasted for two hours. In the evening, there was another one. All these attacks were repelled successfully.